Spring is upon us, which means more time outside to enjoy our local surroundings and nature at play. Those of us living in northwest Calgary should feel luckier than most as we have a park on our doorstep that is both enormous and extraordinary. Dale Hodges Park is a 100-acre (40.4686 hectares) natural environment urban park that is one of a kind in North America in the way that it is designed for the green treatment of stormwater. 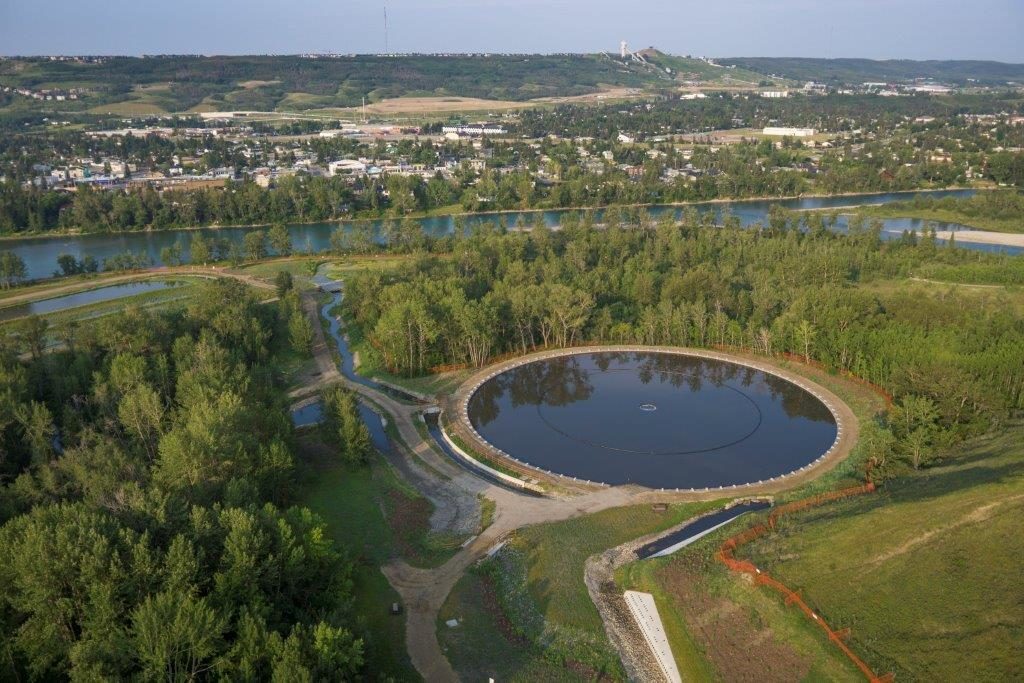 Combining aesthetic appeal with functionality, the development of the park was a sign of the city’s ongoing commitment to environmental sustainability. In this post, we look at the remarkable story behind Dale Hodges Park’s development, find out why it is so special, and learn about the man that it was named after.

This spring, we encourage you to visit Dale Hodges Park to gain a deeper understanding of how our local natural and manmade systems interact.

Round out your spring day with a stop in the University District to see what’s new this season. It’s been a busy winter with ” rel=”noopener” target=”_blank”>lots of openings. And see what’s coming soon!

The Development of Dale Hodges Park

To the east end of Bowmont Park, Dale Hodges Park is the site of the former Klippert gravel pit. The City of Calgary purchased the land in 2010 to restore the environmental health of the area and realized there was an opportunity to address the stormwater pipes carrying untreated stormwater into the Bow River.

Before the creation of Dale Hodges Park, stormwaters from eight northwest communities, including Silver Springs and Varsity representing nearly 4,400 acres (1,800 hectares), ran through underground storm drains in the gravel pit, directly into the Bow River.

The park’s development was a $26.8 million project to restore native wetland habitats and natural river formation and processes.

Then known as the East Bowmont Natural Environment Park (NEP), the project was a unique collaboration between Parks, Water Resources and Public Art. 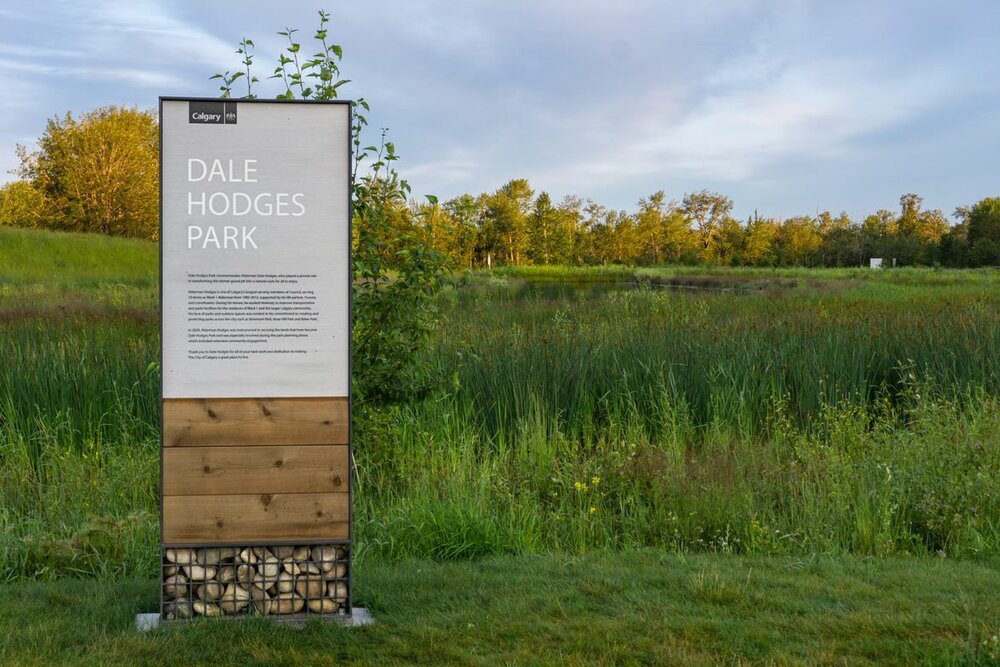 City of Calgary’s General Manager of Community Services, Katie Black says “It is a collaborative effort integrating art as landscape design and functional engineering to enhance a natural area, all the while using innovative methods to treat stormwater, moving it from polluted input to polished output.”

Thousands of trees, bushes and native plants were planted and seeded as part of the restoration to remove and destroy the gravel’s contaminants in the soil and groundwater by a process called phytoremediation.

Sans Façon, the lead artist team for WATERSHED+ worked with the engineers, landscape architects and consultants to create a unique and engaging space. Including artists into the infrastructure design team was an innovative approach to public art project management.

The design includes a nautilus pond, a polishing marsh, a wet meadow, a stream, outfall, a dry stream, riparian areas, and a lookout mound.

Dale Hodges Park was completed in the fall of 2018 and officially opened to the public in summer 2019. Watch the City of Calgary Youtube Video of Dale Hodges Park. 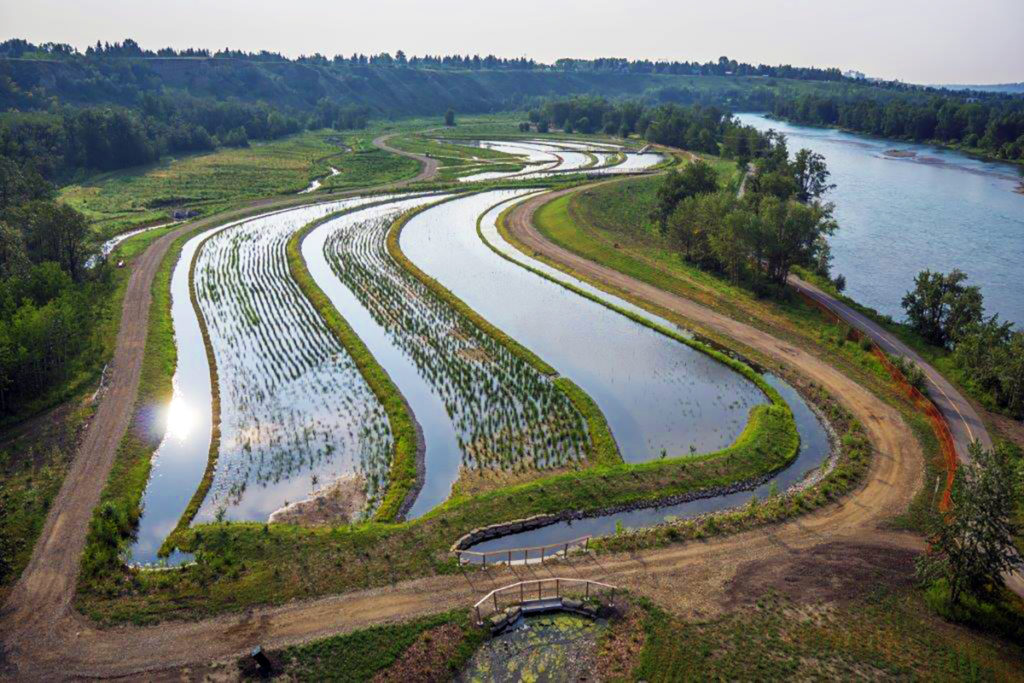 Dale Hodges Park is one of a kind in North America in the way that it is designed to handle and filter stormwater, through a combination of natural and man-made processes. The massive public art installation allows stormwater from the eight northwest upstream residential communities to flow slowly through water structures and landforms inspired by natural river morphology and hydrologic and sedimentation processes that serve as filters.

Residential snow and rain runoff travels through pipes then resurfaces in nautilus pond which is located at the west of the Park. The pond draining system swirls the water removing large sediment particles, before a surface stream carries the stormwater to the polishing marshes. Meandering man-made side streams in the polishing marsh area and wetland plants on the banks remove finer particles before the water enters the Bow River.

This green treatment process is estimated to reduce sediment in stormwater by 50 per cent, helping to protect the river system and its habitats.

Offering over 300 metres of boardwalk and bridges, and four kilometres of walking and cycling trails, this Spring is the time to get out there and explore Dale Hodges Park. Especially meaningful this year after a long winter inside. 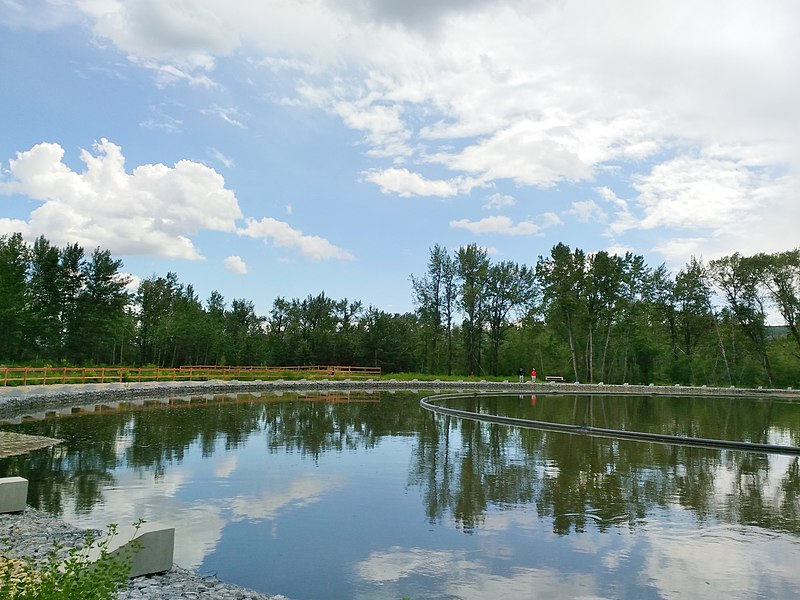 The park layout is designed to inspire curiosity and a deeper understanding of the storm water treatment as the process is clearly visible to the public as it travels to the Bow River.
Connected to the regional pathway, you can marvel at the nautilus pond, polishing marsh, wet meadow, and man-made streams, from boardwalks and vantage points along the way. At the final outflow, keep an eye out for trout!

Dale Hodges Park is an important habitat for wildlife as it is part of Bowmont Park’s wildlife corridor connecting Nose Hill Park to the east, Edworthy Park and Shouldice Park downstream from Bowmont Park, and Bowness Park and Baker Parks upstream. Deer, squirrels, raccoons, skunks, beavers, muskrats and even coyotes are some of the animals that can be commonly spotted in this wider area that is also rich in birdlife.

View the map for points of interest. 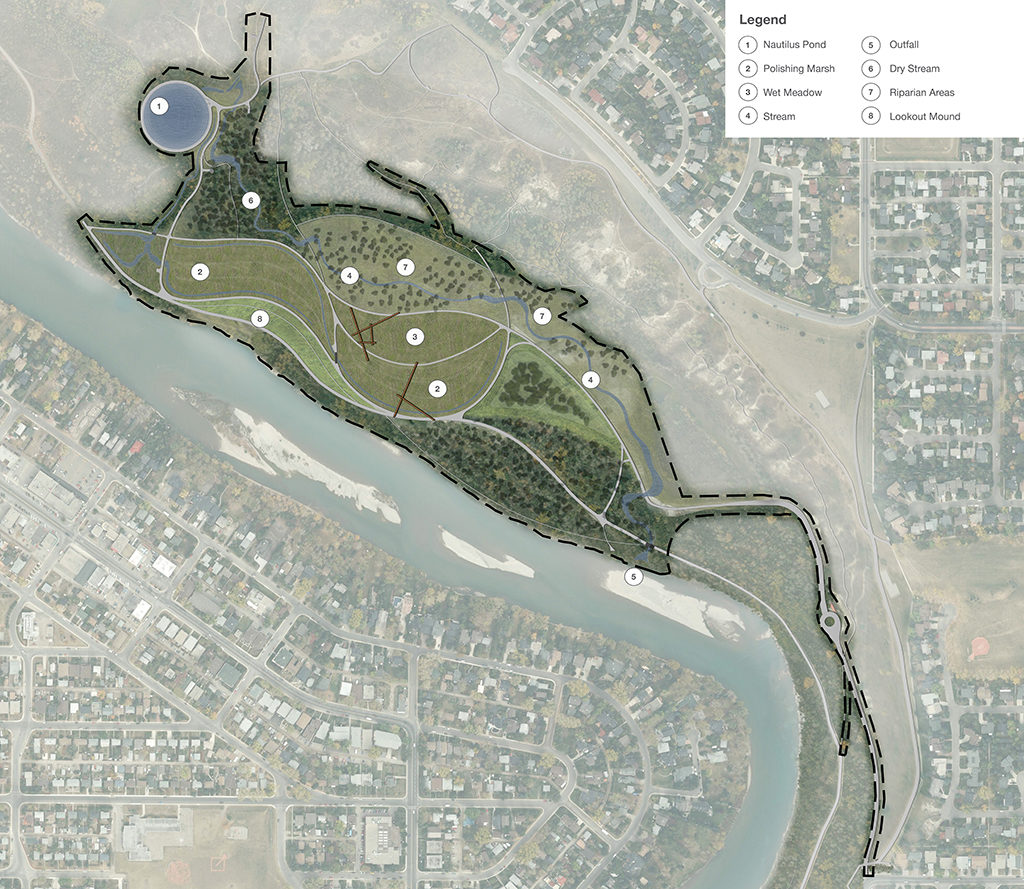 The longest serving member of Calgary City Council, Alderman Dale Hodges took an active role in protecting and creating Calgary’s green spaces while in office from 1983 to 2013. At the official opening ceremony on June 26, 2019, Mayor Naheed Nenshi dedicated the park to Dale Hodges, in recognition of his many contributions to Calgary.

TIP: Watch a video of the official opening featuring Dale Hodges and Mayor Nenshi speaking (1m.50sec.) about it here!

Thanks to Dale Hodges and the visionary minds behind the park’s development plan, what was once a contaminated gravel pit is now a unique, functional, and natural space that not only treats stormwater, but is a recreational and educational space that can be enjoyed and explored by Calgarians for generations to come.

We are so excited for our own urban park, set to open in 2022. Nearby is Dale Hodges Park, a 40.4686-hectare natural environment urban park that is one of a kind in North America. So close to U/D, let’s explore together! Learn more about our parks and open spaces here!